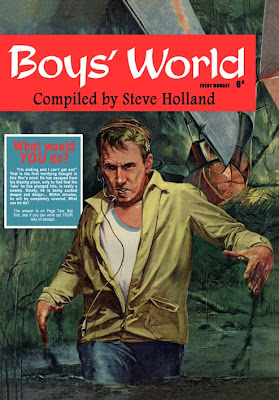 Boys' World is one of the most fondly remembered of all British comics from the 1960s. An Eagle for the new decade, it featured across its centre pages the mighty 'Wrath of the Gods', an epic tale of deities and demons beautifully drawn by Ron Embleton. Readers thrilled to the adventure of 'The Sea Ape', puzzled over the question 'What Is Exhibit X?' and roared at the sporting antics of 'Billy Binns and his Wonderful Specs'.

Giants of science fiction Mike Moorcock and Harry Harrison were both contributors, Harrison writing one of the text story serials as well as adapting his novel Deathworld as 'The Angry Planet'. Harrison also penned the original Brett Million story 'The Ghost World', one of the finest science fiction strips to appear in British comics and complimented by some outstanding artwork by Frank Bellamy. Moorcock's contributions were more esoteric, ranging from numerous episodes of the feature 'Do You Know Your Name?' to essays on lost cities, submarines and volcanoes. Harrison and Moorcock were also among the many writers who contributed short stories to Boys' World, a list that also includes Barrington J. Bayley, Sydney J. Bounds, Wildred McNeilly, Rex Dolphin, Donne Avenell, Jim Edgar and Tom Tully.

Boys' World: Ticket to Adventure relates how the paper came into existence at a turbulent time for comics, how its original editor was replaced before the first issue even reached the newsstands and how it eventually folded into the paper it was meant to replace. 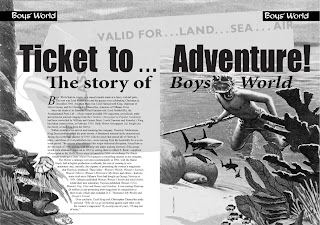 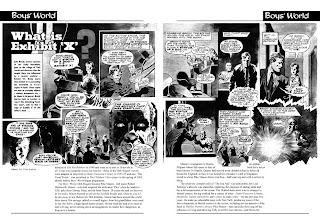 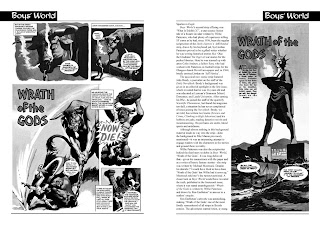 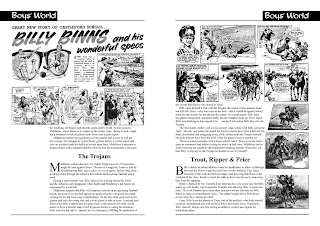 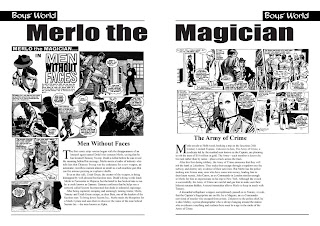 Format
Boys' World: Ticket to Adventure is published in A4 perfect-bound format, 208 b/w pages with a cover by Neville Dear and a rear cover featuring the work of Brian Lewis.
ISBN: 9781907081712