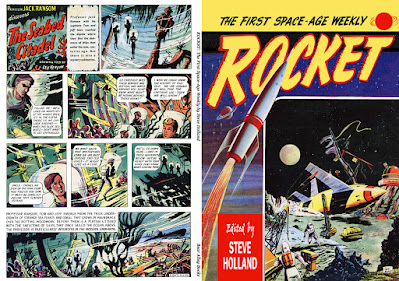 Although the “space-age” truly began in the autumn of 1957 when Sputnik beep-beeped around the globe for three weeks, the race to create a rocket that could propel a satellite into low Earth orbit had been underway for over a decade. Advances made during the Second World War led to the development of the rocket propulsion systems that would launch cosmonauts and astronauts into space in the early 1960s. Rocket was, some might say, ahead of its time. With its features on missiles and descriptions of three-stage rocketry, it mapped out a blueprint of how we might break the bonds of gravity and seek adventures beyond the stratosphere. Colourful comic strips gave its readers glimpses of the kinds of world that could be discovered in our solar system and in other galaxies—but it lasted a mere 32 weeks and was long gone by the time ham radio operators tuned in to hear the Russian satellite’s signal as it orbited 15 times a day, or citizens heard recordings of it on their regular news broadcasts.

These were the days when Dan Dare of Eagle and Captain Condor of Lion commanded a readership of over a million children between them, and dozens of other comics—and adult newspapers—had space heroes whose names still echo down the years: Jeff Hawke, Rick Random, JetAce Logan, Don Conquest, Space Kingley and Jet Morgan to name but a few. Capt. W. E. Johns and Patrick Moore were penning intergalactic adventures and Journey Into Space was the last evening radio show to attract a bigger audience than the television shows it was broadcast against.

With science fiction proving so popular, the question has to be asked: Why was Rocket such a failure? Hopefully Rocket: The First Space-Age Weekly will answer that question, looking at the strips and features that made up Rocket’s contents, the creators behind them, and revealing how the weekly paper was doomed from almost the moment the first issue hit the newsstands. 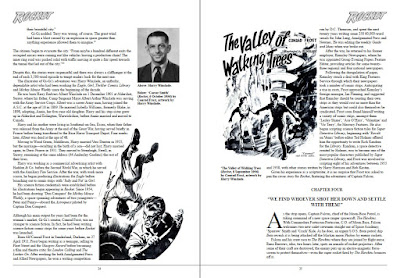 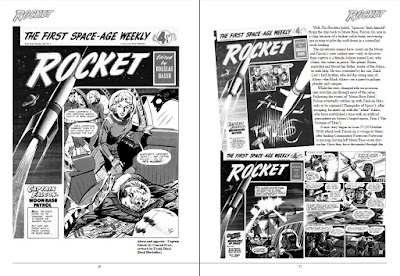 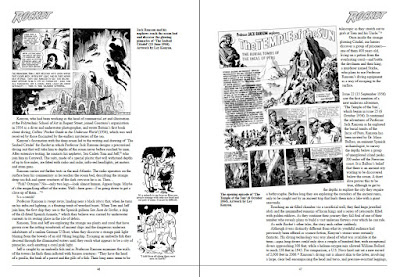 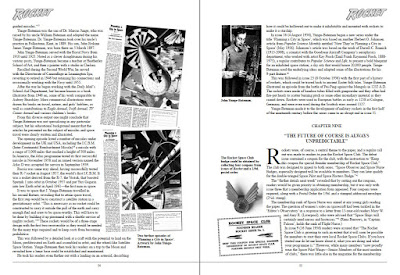 Format
Rocket: The First Space-Age Weekly is published in A4 perfect bound format, 84 pages b/w with a cover by Basil Blackaller.