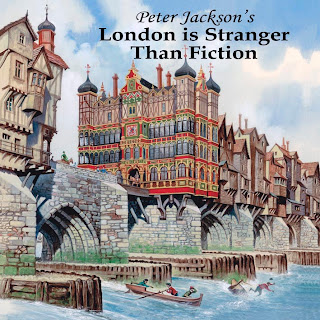 In 1948, the London Evening News was looking for a cartoon strip about the curiosities of London in the style of ‘Ripley’s Believe It or Not’. A young artist sent in a few historical drawings with descriptive paragraphs and was invited to call. Asked by the newspaper’s editor whether he knew much about London’s history, 26-year-old Peter Jackson, answered honestly: “Not much!”

But editor Guy Schofield was impressed by the drawings and engaged the artist for a three-week trial run . . . beginning an association with the paper that was to last until the paper folded thirty-one years later.

‘London Is Stranger Than Fiction’ inspired Jackson's life-long fascination with London, its history and its people. The strip revelled in obscure facts about the city, its eccentric inhabitants and forgotten byways. Jackson used his talents as an artist to bring these subjects to life for the entertainment of his readers.

Peter Jackson's London Is Stranger Than Fiction is published in association with Look and Learn, where the Peter Jackson London Collection has recently been completely digitized, with over 20,000 images now available for commercial licensing and print-on-demand. The Collection is also available via The Bridgeman Art Library. 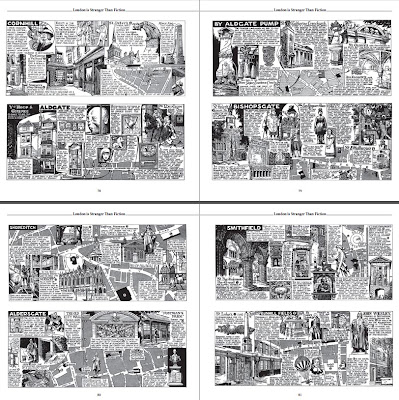 Reviews
"The original books have been highly collectable for many years now, but finally they’ve been republished in a single volume from Bear Alley Books ... for the ridiculously reasonable price of £14.99. Do yourself a favour. Find out where you can see 11 clocks by standing in one position on a London street – they’re great reads." – "A Must Have London Book", Christopher Fowler. 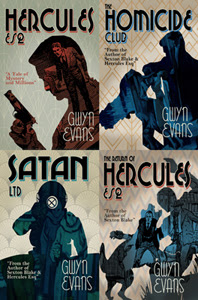 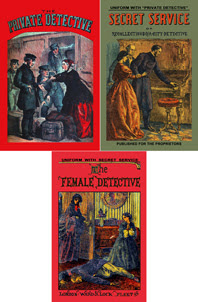